Faculty of Sciences and Arts 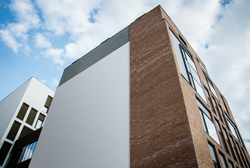 The Sapientia university offers partial or full tuition waivers in many fields of study, thanks to the tradition of higher education and intellectual resources available in Cluj. At the same time, conditions are given for training and scientific research through the Scientific Research Department.

The faculty in Cluj-Napoca was launched in 2002 as the third pillar of the Sapientia university network (after Miercurea Ciuc and Târgu Mureș in 2001), providing a degree in Environmental Science. The faculty then began to offer courses in Film, Photography, Media in 2003, International Relations and European Studies in 2006, and Law in 2010. The continuous enrichment of the teaching fields has not stopped: 2020 is the first year when students could sign up to get a degree in Choreography and folk dance.