Our collegue, Hartel Tibor, presented the ecological, cultural and economical values of the wood-pastures in the European Parliement 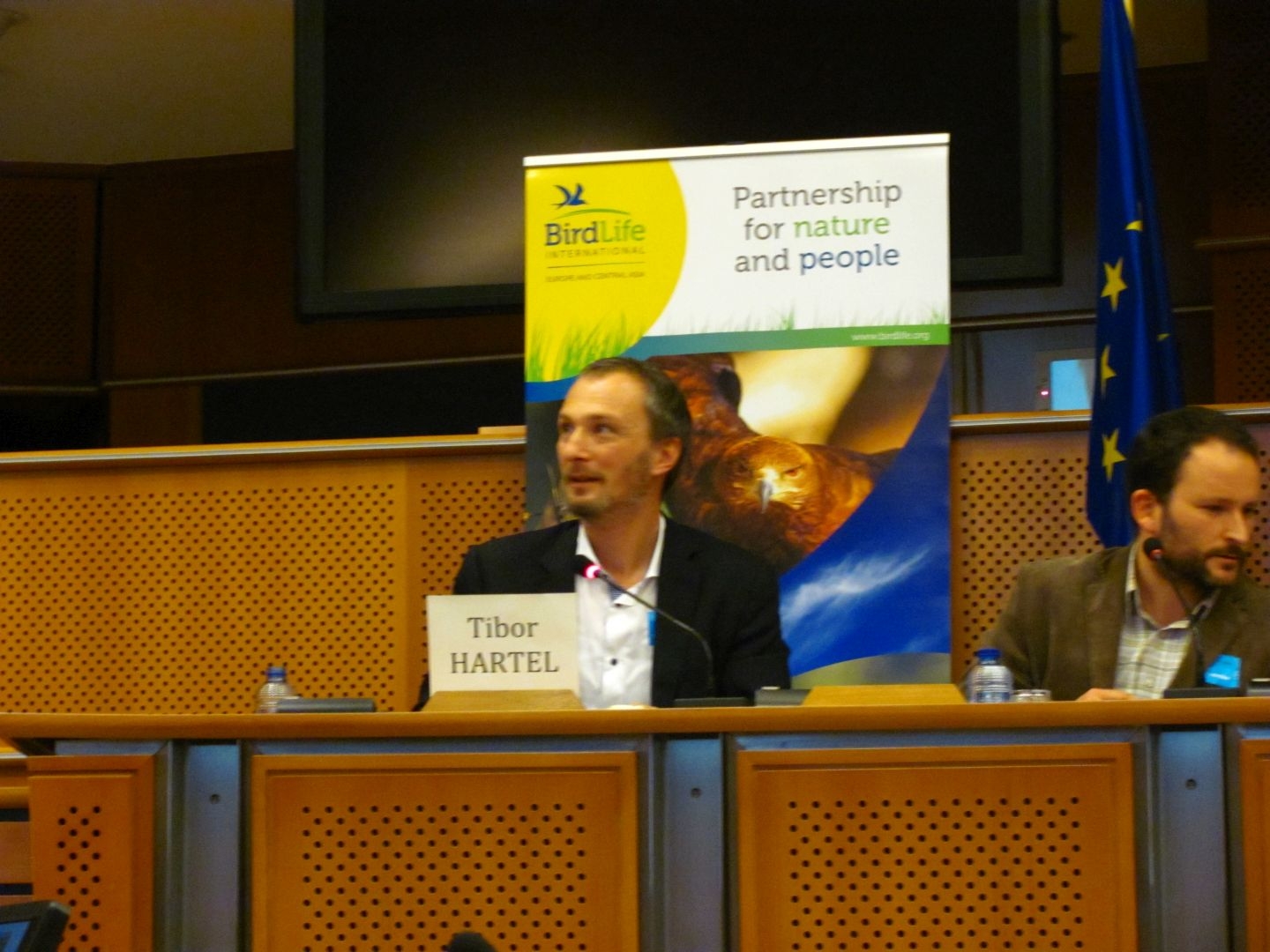 Our collegue, Hartel Tibor, presented the ecological, cultural and economical values of the wood-pastures in the European Parliement
29 November 2015
On November 17, the Pogány-havas Association, BirdLife Europe and the European Forum on Nature Conservation and Pastoralism jointly held a policy seminar at the European Parliament targeting the wood-pastures within the context of the Common Agricultural Policy (CAP).
The event was hosted by Csaba Sógor, Clara Aguilera and Catherine Bearder, Members of the European Parliament. The Romanian wood-pastures were presented by Tibor Hartel, associate professor at Sapientia University, Cluj-Napoca. According to Tibor Hartel, wood-pasture systems of Romania have global significance. The current CAP in many ways threatens these unique systems, for example, by motivating the removal (young and old), shrub clearance, enabling overgrazing, and not recognizing a number of important habitat features related to grazing and other management activities. None of the aforementioned wood-pasture features represent obstacles to economic production, instead, they create the preconditions for a sustainable ecological agriculture! Their human caused loss goes simply the "waste" category. This is unfortunate because while destroying our traditional wood-pasture systems, we irrevocably and definitively errode our last possibilities for implementing an ecologically sustainable agricultural production strategy.
It is important, therefore, that the CAP assures a good policy environment for the sustainability of wood-pastures as coupled social-ecological systems. Tibor Hartel presentation can be accessed here.
News